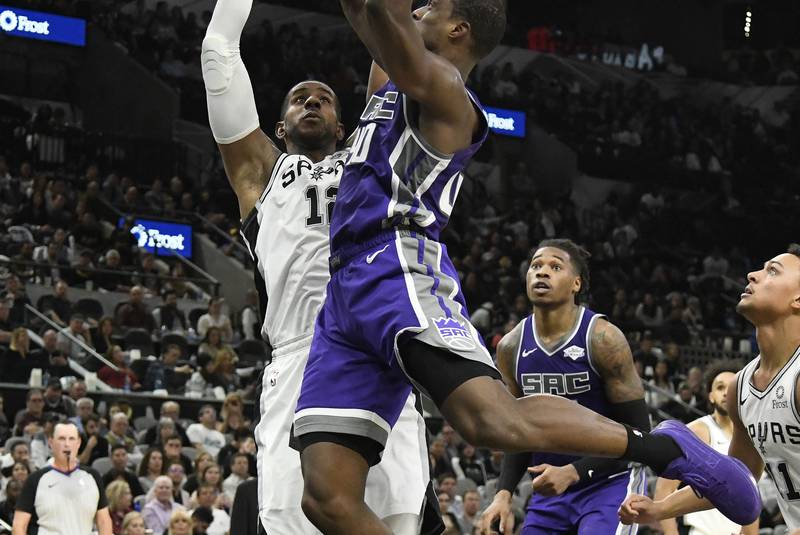 Dejounte Murray’s jumper with 29.6 seconds to play demonstrated to be the distinction as the San Antonio Spurs outlived the meeting Sacramento Kings 105-104 in extra time on Friday in the Alamo City, winning consecutive games just because since the opening seven day stretch of the period.

The Spurs were somewhere near nine with 1:50 to play in regulation yet made a last drive, pulling to inside 98-97 on a LaMarcus Aldridge putback layup with 47 seconds to play. After two free tosses by Harrison Barnes with 14.3 seconds left, Marco Belinelli canned a 3-pointer to send the game to extra time.

Two free throws by DeMar DeRozan at the 3:07 sign of additional time was replied by Buddy Hield’s jumper on the following belonging to hitch the game at 102. Patty Mills put the Spurs in front with a free toss with 56.8 seconds remaining.

Hield’s jumper at that point gave the Kings a brief lead before Murray hit the game-victor. Sacramento had four shots to win in the last 14 seconds and missed them all.

Aldridge scored 19 and snatched 13 bounce back for the Spurs (9-14). DeRozan, who had three 3-pointers in the game subsequent to having just four all season, included 15, Murray had 14, Mills and Jakob Poeltl scored 13 each, and Belinelli hit for a season-high 11 for San Antonio.

Hield drove the Kings (8-13) with 23 points, with Barnes scoring 21 and verifying 10 bounce back, Yogi Ferrell including 17 and Richaun Holmes scoring 13 points and taking 14 bounce back for the Kings, who lost their third straight game. Sacramento played without starters De’Aaron Fox (lower leg) and Marvin Bagley III (thumb).

Neither one of the teams drove by multiple focuses in a firmly challenged first quarter, however the Spurs made some separation in the subsequent period, fueling to a 52-42 preferred position on the quality of 10 from DeRozan and eight points each off the seat by Poeltl and Belinelli.

Ferrell paced the Kings with 10 out of 10 minutes off the seat. Sacramento’s 42 were the least permitted in a half by the Spurs this season.