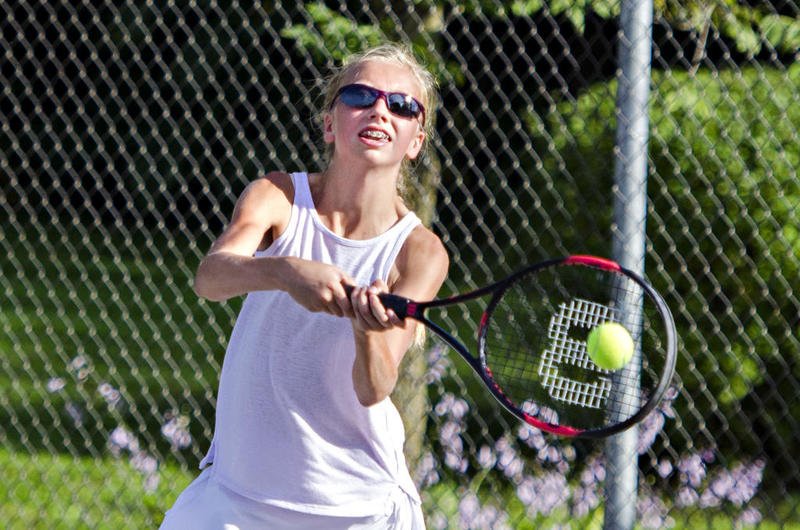 Numbers up over the courts

There are more young ladies tennis players in the Sauk Valley this fall than there were a year ago.

The zone’s three groups – Sterling, Newman and Dixon – have 84 players between them who grabbed their rackets and took the court this season, up from 59 a year ago.

Sterling went from a 22-player program a year ago to 40 this year, which can mean there are a larger number of Warriors players than there are matches to play. On Thursday, the 40-man Sterling list was confronting a 14-young lady Sycamore group, however there are groups that offer more players for the Warriors to coordinate with.

What’s more, a major piece of that change around the region is originating from the rookie and sophomore classes.

Dixon has a 10-part green bean class, so the Duchesses spent piece of the period in showing mode with a huge piece of the program.

Those exercises are beginning to grab hold with the Dixon players.

At Wednesday’s training at the Emma Hubbs Courts, the Duchesses ran a drill where players took a shot at ball arrangement.

“A month prior, there would have been much more balls into the net,” Boll said. “As you watch out there now you can see, for the same number of as we’re hitting, there’s just five or six on each side of the net on every last one of these courts. Just to hit the ball from the benchmark and hit an in-limits ball is an extraordinary thing to celebrate, on the grounds that we weren’t by then toward the beginning of August.”

Remove a portion of the list and putting it through Tennis 101 was additionally how Newman spent piece of its late spring excursion as the Comets arranged for their first season under new mentor Gabriela Trujillo.

“Around the start, we wound up nearly isolating the upperclassmen and lowerclassmen, and showing them the nuts and bolts, on the grounds that from the outset they didn’t have the foggiest idea how to keep track of who’s winning or even the basic kindnesses of tennis,” Trujillo said. “It was as though we were doing one-on-one exercises with a portion of the more current young ladies.”

Yet, Trujillo has seen the game develop, even since her playing days at Sterling.

“I think the tennis around here has made considerable progress,” Trujillo said. “When I was in secondary school, we didn’t have the tennis assets we have now.”

Trujillo is particularly dazzled by the office at Westwood, which simply opened a recently renovated office a year ago with four indoor courts and a ball machine accessible, and enlisted a full-time tennis educator to offer exercises to the individuals who need to be in the game.

“Without precedent for quite a while, we have a full-time star there, and he’s truly endeavoring to create junior tennis,” Reynolds said. “He’s worked admirably. He’s offering significantly more projects, things all through the mid year.”

Reynolds has just observed that distinction with her Golden Warriors players. She gauges about a large portion of her list has been over to Westwood, with 10 or so playing there all year.

As a rule, when the Sterling players meet up for summer practices, Reynolds and the instructing staff need to go over certain fundamentals with a portion of the players who are new to the game. That wasn’t an issue this late spring.

“They all knew their strikes, their forehands, their serves, and how to score,” Reynolds said. “All we needed to do at that point was go from that point, which is such a great amount of simpler than to begin from the starting point.”

Over at Dixon, the greatest exercise Boll needs his Duchesses to remove is an affection for the game.

The numbers are more grounded now, and mentors are attempting to guarantee that pattern proceeds.

“It was by all accounts only a tad of a blip,” Boll said. “We’re doing a few things at the center school, doing some selecting, having our more established young ladies go over in uniform and advancing our game. We did that some additional this year, and I imagine that satisfied.”

At Newman, there is likewise some idea to keeping the numbers older to come, as Trujillo is thinking about intrigue records and tennis camps to help get more players included.

The numbers hope to remain solid at Sterling also.

“We had two or three 6th , seventh-graders come hit with us in the late spring,” Reynolds said. “Mentor [Mike] Gottemoller would have center school-just practices throughout the entire summer, and he would reliably get 10, 12, 15 individuals. On the off chance that we can get them at that age, we have a few decent ones coming up.”